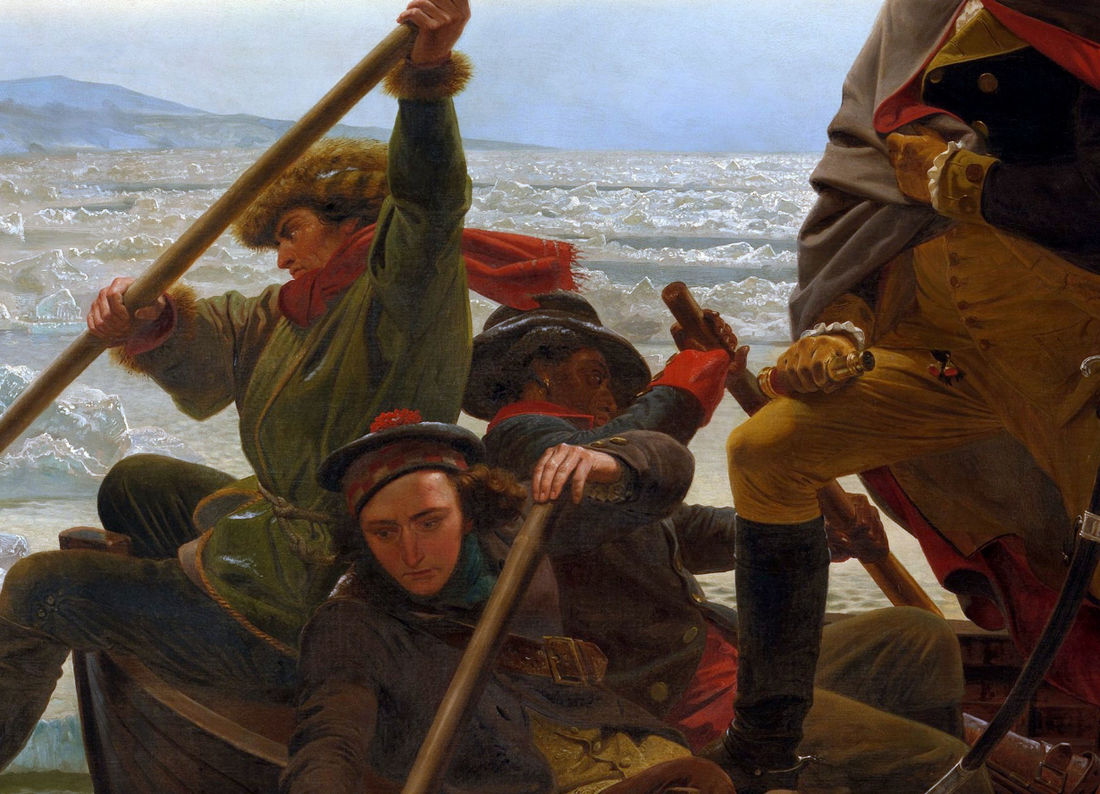 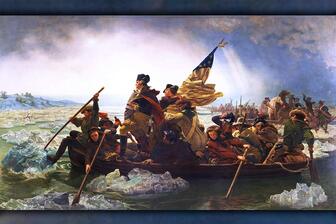 The iconic painting of George Washington crossing the frozen Delaware River is a grand illustration of what our country was fighting for. Some see the regal general leading his men to what would eventually be a pivotal victory in the fight for independence. Others may see the plan of genius to attack unexpectedly during Christmas. What draws surprising notice is an African American man who was at the front of the boat. He was tirelessly breaking and removing ice from the path of the boats so that the rowers would have an easier time at their task. According to William Cooper Nell this man’s name is Prince Whipple. William Cooper Nell was the publisher for the abolitionist newspaper run by Fredrick Douglass called The North Star. Prince Whipple was African royalty who was manipulated into slavery but turned out to be a war hero and loud voice for the abolitionist movement.

Prince Whipple was born in Ambou, Ghana. Compared to the average family in his village his was considered wealthy. His parents had just welcomed home Prince’s older brother from the new British Colonies and were eager to send Prince to benefit in the same manner. There is no certainty of his birth year, but history tells us that he was put on a ship with his younger cousin at about the age of ten. He and his travel companion were forced into slavery, sold by the captain of the ship. They were both sold in Baltimore to separate but related families in Portsmouth, New Hampshire. Prince Whipple took the last name of the family that purchased him but took the first name Prince to represent the royalty from which he was snatched.

Prince never let his circumstances lead him to a bitter demeaner. He was so beloved by the Whipple Family that he would be trusted with large sums of money to transport from Salem to Portsmouth; he even defended the treasure by shooting one man and pistol whipping another. The Elder Whipple was a General in the Revolutionary Army and served on the continental congress; Prince was often by his side as he traveled the country for duty or battle. Prince Whipple fought at the battles of Saratoga and in Delaware during the War for Independence.  He was also one of twenty enslaved men who petitioned the New Hampshire legislature for freedom in 1779.  His owner, General William Whipple, was a signer of the Declaration of Independence and an aide to General George Washington.

History debates whether it is Prince depicted in that famous painting of General Washington and his troops crossing the Delaware. The significance is that this German Painter Emanuel Leutze took the time and effort to paint a person of color into this portrait. The impact of black men and women on our liberty is inconceivable and too often overlooked. Leutze chose to forever depict a negro by the side of one of the greatest leaders in American history, not as a servant but as a fellow soldier. The most important question isn’t “what’s the name of the black person in the painting?” The better question is what role did that black person (and others like him) play in the success of Washington’s army? Also, if black people at that time were all supposed to be useless everywhere except the plantation, why even put him in there? Could it be that we should be asking some hard questions about the history that we have been taught, like why do we talk about the black victims and never about the black heroes?